A Castle in Brooklyn is HERE!!!

Hello!  –January 1, 2023  is a special day.  My novel, A CASTLE IN BROOKLYN, published by Little A, is now available.  I hope everyone will get a copy and enjoy my first novel by a major publisher, the culmination of a lifelong dream.  Thanks to all who have supported me.  Below is an article which appeared on the front page of the Home News Tribune.–Shirley 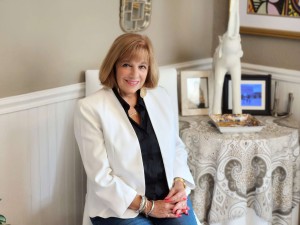 EAST BRUNSWICK – A castle can be different things for people.

Some, it is literal − a place to call home. For others, it stands for a dream attained.

With her latest book − her first with a major publisher − now on the December Amazon’s First Reads list, Shirley Russak Wachtel has her “castle.”

Like her character of Jacob Stein in “A Castle in Brooklyn” who wanted to build a home of his own, Wachtel saw writing and publishing a book as her “dream come true” − her “castle.”

The longtime Middlesex College professor was honored her work was chosen for Amazon’s First Reads program, meaning that for the month of December, “A Castle in Brooklyn” is one of eight books available before its publishing date. Readers who choose it will get it for free. The book officially launched on Jan. 1. A book signing will be held at 5 p.m. Jan. 26 in Crabiel Hall at Middlesex College.

The novel, published by Little A, follows Jacob Stein and Zalman Mendelson − best friends brought together during horrific experiences during the Holocaust − to a new life in America. They start lives on their own, come together again and grow apart through a mix of tragedy, betrayal and misunderstanding.

“My parents’ experience has given me a motivation for my own life,” said Wachtel, whose mother and father met after the war in a displacement camp. “I always felt I had a mission to to make those voices who are no longer here known. I always have that flavor of my upbringing that I bring into every every story I write and I try to write about characters I know. While I don’t always love the characters, I try to make them as true to life as possible because I think people will connect with it better.” 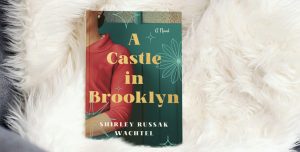 Wachtel was born and bred in Brooklyn, though her family moved many times within the borough. Much of her novel touches on personal aspects of her own life − including the need and want for a steady home.

“I think that’s why I chose the subject of the book, which is about the dream of building one house and living and raising a family in that home. I wasn’t that as fortunate to have grown up in one home,” she said. “My parents were Holocaust survivors and my father’s dream was to have his own business.”

Wachtel’s father worked as a sewing machine operator when they came to America after the Holocaust. Then, according to Wachtel, her father went from business to business − he sold costume jewelry, he owned a candy store, then a luncheonette, a laundromat. Wherever he found a business, the family would move.

“I’ve always kind of dreamed of what would it be like to be raised in one home,” Wachtel said. “All I knew is that I wish we would stop moving. It was hard making new friends. I was always the new kid and that’s never easy.”

Wachtel has her own roots now − in the township and at Middlesex College. She has been connected to both for more than 30 years. She raised her three boys − Howie, Charlie and Brad − in East Brunswick with her husband Arthur. And now, three granddaughters come to visit her home, her castle. She has done what Jacob dreamed of − raise a family in one home.

There is a pervasive element of tragedy from that of the Holocaust and beyond in the novel. A second generation survivor, Wachtel focuses her writing on telling life stories − though not necessarily her own. Often, characters and their experiences are amalgamations of people she has known in life. While Wachtel “fell into teaching” and “grew to love it” like Esther Stein in the novel, she did not base the character on herself though she does see aspects of herself in Esther. Wachtel also sees aspects of her father in Jacob.

“When I write I don’t write with the intention of ‘I’m going to model this character after someone I know,’ ” she said. “But obviously things come out. And as for tragedy, this is life. Nobody escapes without some tragedy. Without sadness. I think that ultimately, the novel does come full circle.”

A major theme in the novel, according to Wachtel, is to not to give up on your dreams.

“Jacob is an immigrant but there were so many immigrants and so many who have their own dreams. For him, the house represented that,” she said. “But the other theme, I think, is friendship. I think that’s a big one in this particular book.”

She finished writing “A Castle in Brooklyn” in 2018, about a year after she started writing it.

“It’s been a really, really long time coming, but I always felt that I could do it,” Wachtel said. “I strive to make my life worthy. And for me that was through my writing.”

Wachtel feels she has many stories to tell − they are simply pouring out of her now.

“My stories are always family stories because that’s what I’m about,” she said. “I try to reflect life and I think ultimately, I try to give people an example of what it takes to strive for something and finally, in spite of the odds, achieve that thing. Those are the stories that are in me.”