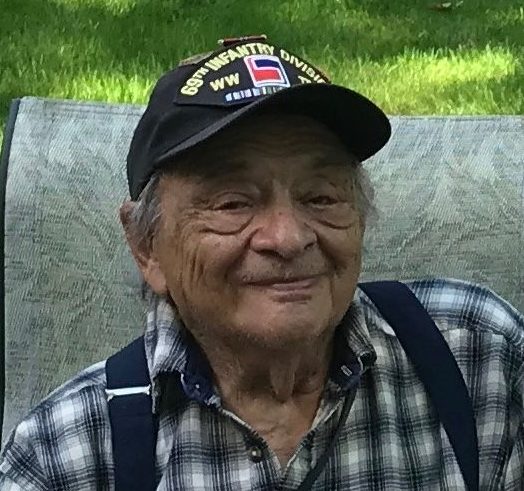 Bernard Rothenberg is a proud military veteran who was raised in Brooklyn, New York.   After starting as a young teen working in supermarkets, he later served in World War II and was in Leipzig, Germany at the time of liberation, April 19, 1945.  He served his country for 21 months. Upon returning to the States and meeting his future wife, Evelyn, he married and the couple went on to raise two children.  After 41 years of marriage and his wife’s passing, Bernie retired and became actively involved with Jewish War Veterans in Brooklyn, fundraising and educating students.  He currently resides in  New Jersey where he continues to speak in schools about his military experience and the lessons he has learned while serving this country.  Even during the Covid crisis, this inspiring veteran has given talks to students via Zoom– impressive for an almost 95- year- old!

We are sad to report that weeks after this interview was recorded, Bernie passed away on December 23, 2020.  A brave veteran, beloved family man, he was truly an EXTRAordinary person.  This is his last interview.