My Son Won The Oscar

Hello Again!!—It’s been awhile since I’ve had time to write on this site.  I have been busy teaching, promoting my books, and I am in the midst of a manuscript–look for JACOB’S CASTLE in a few months…My time has also been spent helping to plan my son, Brad’s wedding to his beautiful bride-to-be, Elisha; as well as attending the Academy Awards—.  Wait!  Did I say the Academy Awards???  If you haven’t already read the guest editorial which appeared in nj.com, the Home News, and, shortly, the New Jersey Jewish News, here it is, (with special thanks to my cousin, Liza Weisstuch, for editing):

My Son Won the Oscar

How many Jewish mothers can actually utter those words? The story of how this came to be is, in my mind, one that goes back for generations. Not because we have screen writers or actors in my family and not because I live in Hollywood. It’s because we’re a family defined by determination. Last Sunday, my son Charlie Wachtel with his childhood friend David Rabinowitz, Spike Lee, and Kevin Willmott nabbed the Academy Award for Best Adapted Screenplay for the film BlacKkKlansman. Had I been dreaming? Hardly.

I was seated in the orchestra section of the Dolby Theater two rows behind Spike Lee and one row behind Jordan Peele, with David’s mom, Cindy, and our sons. Our husbands’ roaring cheers erupted as our boys took the stage.

Earlier that night, as who hobnobbed with celebrities on the red carpet, I kept asking myself how a Brooklyn girl raised by immigrant parents could have landed here. Until that moment, as I chatted with and was congratulated by Jordan Peele, Amy Adams, Richard E. Grant and other luminaries, the closest encounter I’d had with a movie star was running into Cameron Diaz in a deli on the Upper East Side.

Later, after nibbling on Wolfgang Puck’s famous chicken pot pie and mini pavlova, we headed to the Vanity Fair party. My gold-leafed miniature chocolate Oscar was neatly wrapped for later. Despite the fact that we had no passes for the event, our sons had only to roll down their windows, stick out their Oscars, and we sailed right through. There we met, among others, Serena Williams, Scotty Pippin, Odell Beckham Junior, and, holy cow, Elton John! As for Charlie, giving Lady Gaga a kiss on the cheek was his highlight. I’ve been pinching myself so hard that my skin is raw.

How did we get here?  Like any Jewish mother, all I ever wanted was my children’s success. But while the dream for some might be becoming a doctor, a lawyer, or a banker, my kid wanted to make movies. I flinched at the idea. I already knew the long tough road he had ahead as a professional in a competitive creative field. When I graduated from Brooklyn College in the 1973, I dreamed of becoming an author. I did become one, writing a well-received memoir, and a few other books, most of which were self-published. But finding that major publisher remains elusive.

Nevertheless, my husband and I gave Charlie our blessings and after he graduated from American University in 2009, he set off on the cross-country journey. It was the first time he had driven on a highway. We knew he would have many firsts ahead of him. In Los Angeles, he had an unpaid internship waiting for him at Warner Brothers. Stints as a chauffeur, a mail room clerk, and a copy writer followed. The only films he had made were some scene recreations of political movies (with David behind the camera) while in high school, and a short feature while studying at a film school in Prague. In LA, when he wasn’t skipping meals, he feasted on homemade mac and cheese. Three years later, a few friends he grew up with in East Brunswick joined him in Hollywood. But only his childhood buddy David shared his dream. Before long, the two began working together. 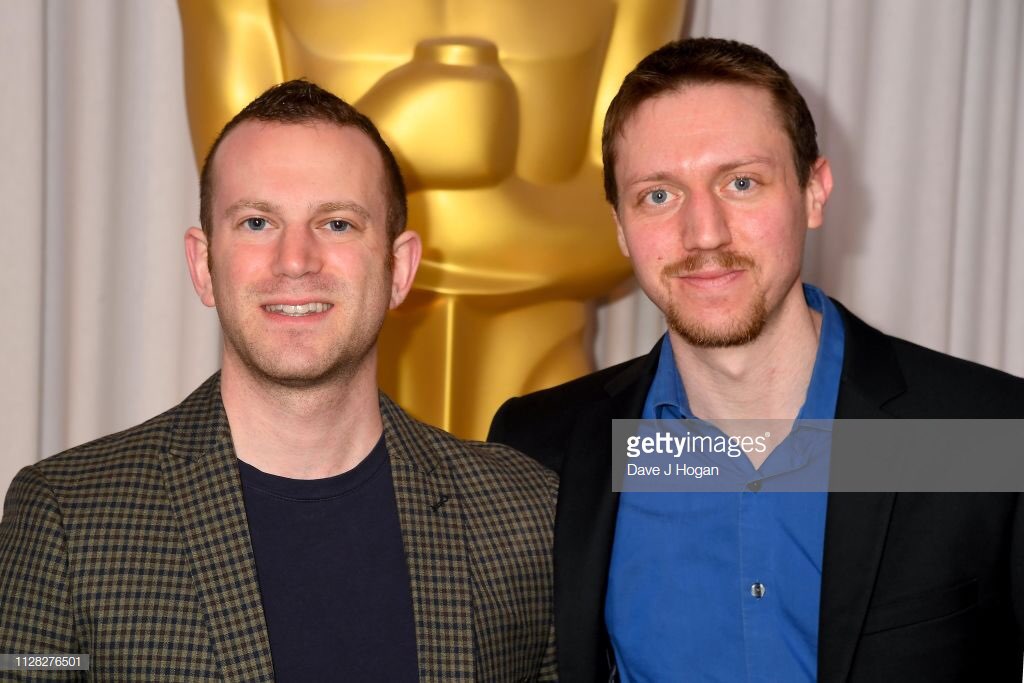 In 2015, Charlie, while scrolling through his Facebook feed, came upon an article about Ron Stallworth’s 2014 memoir detailing how he, a black detective in Colorado, had infiltrated the Ku Klux Klan during the 1970’s. The friends ordered the book on Kindle, and despite not having an agent or a lawyer, they convinced the now-retired detective, Ron Stallworth, to give them permission to write the script. Eventually, after numerous frustrating phone calls to home and not a few tears, they had a script. Studios paid no attention until the pair connected with Shaun Redick (one of the contacts Charlie had made while an assistant at a talent agency) who in 2017 launched the prophetically-named Impossible Dream production company.  He took a chance on the writing duo, Jordan Peele was called in, and he passed it on to Spike Lee who immediately agreed to direct it. Lee tinkered with the script, taking it to new heights as a comedic commentary on the state of race relations then, and ultimately, now. Once the film was released, Charlie finally exchanged the 2003 Camry we had given him for a leased brand-new Audi.

The film has particular meaning to me. Yes, this level of success is a parent’s dream realized, but it’s also an honor to the determination of his grandparents. My parents are Holocaust survivors. As a young woman, my mother was abducted off the streets of Poland and sent to a labor camp where she sewed buttons onto the uniforms of Nazi soldiers. By war’s end, out of a family of eight, only she and her two brothers survived. My father, meanwhile, had become a runner for the black market while he was in the Lodz ghetto. When the ghetto was evacuated and the Jews were sent to Auschwitz, he was selected for the line headed to the gas chambers. But, seizing his chance, he ran toward the other line, and ten months later was a free man. After meeting my mother in a displacement camp after the war, they married and came to the United States. He owned several failing businesses, but he was always determined to make sure his children had the best in life. Charlie is named for him.

My parents taught us that family was everything and that there was nothing their children couldn’t achieve. And we believed it, not only for ourselves, but for the children we would have someday. As I’ve grown, it’s become more and more apparent there was a reason our parents survived, and my generation was determined to justify our existence. And so, I would become a writer and tell their story and my brother would become a judge and mete out justice. My cousins are doctors, lawyers, and a respected journalist. My eldest son has worked in both the White House and the United Nations, and my middle son is a top bracketologist, predicting which teams will get into the NCAA tournaments and what their seeds will be.

So, you can see why we didn’t hesitate when Charlie headed to Hollywood. Maybe someday he would even win an Academy Award, he joked.  Of course, we would support him in pursuing his goal, because as the child of Holocaust survivors, I didn’t only wish it, I saw it as a reality.

Today, I am one proud Jewish mother.

Last Sunday, after Charlie returned to his seat clutching his statue, he leaned over and apologized for not having had a chance to speak.

“But if I had,” he said, “I would have thanked you and Dad for all your love and support and thanked all the parents who have ever supported their children’s dreams.”  And that, I think, makes me proudest of all.